Anti-drones are used in prisons 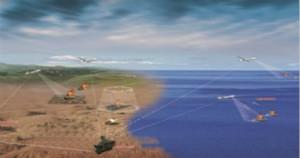 Drones are now so popular that the management measures will soon be announced, and more and more people are concerned about the safety of drones and the impact on others.In fact, we remember that drones are basically used to shoot images, but there are actually some negative USES for drones, as shown below:

Since 2014, there have been many cases of unmanned aerial vehicles being smuggled into prisons in the UK. And it is increasing year by year. According to statistics, there have been at least 33 cases in 2015, and the shipment of drugs, mobile phones, chargers, usb sticks, etc., are contraband.The British prison says it has posed a clear threat to prisons.

Cheap civilian drones are not only popular with ordinary consumers, but terrorists are also eyeing it.Weaponization of commercial drones is nothing new.ISIS has taken the drone as a weapon of its own, but lately it has gone further, converting them into bombers, and ISIS has not yet used them for chemical weapons.

In this case, we need to bring in anti-drones technology, which  to deal with security threats and unexpected situation of the Small drone. The product can be achieved engineering deployment of fixed site, and 24 hours unattended with auto-detection, auto-tracing, and auto-attack together. Equipment of modular management and simple operation, can rapid assembly and deployment according to the actual situation.

Previous: The characteristic of anti-drone
Next: Anti-drone defense program